This is a 1.2 GHz amateur television (ATV) transmitter with a lowcost tripod made of PVC pipe to hold the antenna. Intention is a small package that can be carried in the field, specifically the landing zone of Skydive Monterey Bay at Marina airport. For Parachute Mobile Mission 14 on March 23, 2013, main gathering (tac ops, video control, and aprs) is at hanger area for the skydiving operation at the airport. It'd be nice to have live television to watch skydivers land but want something light and easy to setup. 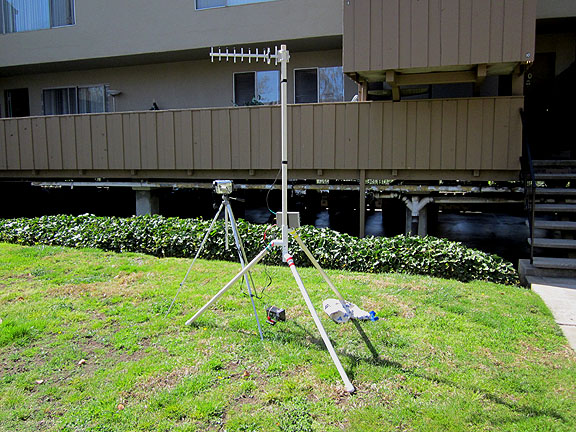 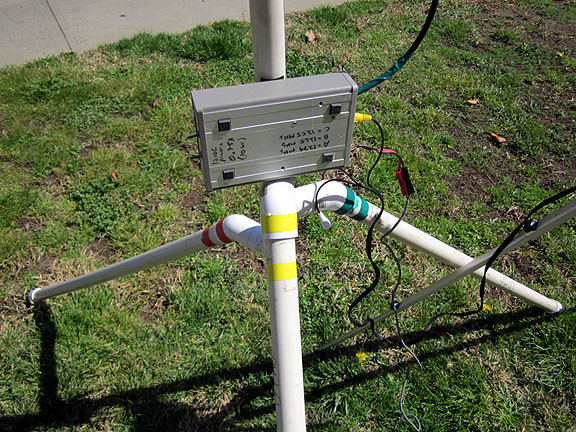 Tripod consists of PVC pipe in this fashion, note legs are color-coded since each are different lengths. 1.2 GHz ATV transmitter is a 1-watt made by HF Engineering and was donated to Mark AF6IM from Bob W6CYX. Camera is a Sony TRV138 specfically chosen because text overlay (for amateur radio callsign) is easy to program and also easy to turn off the auto-poweroff feature. 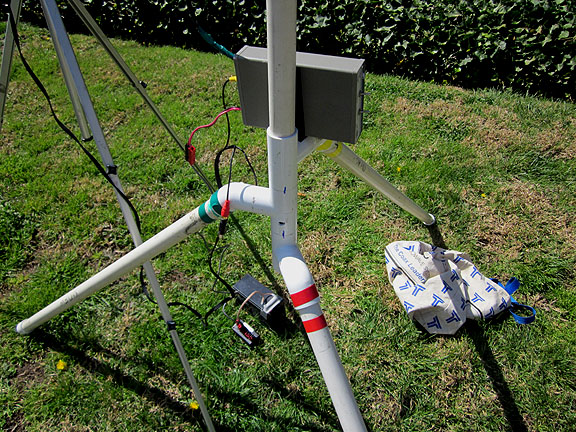 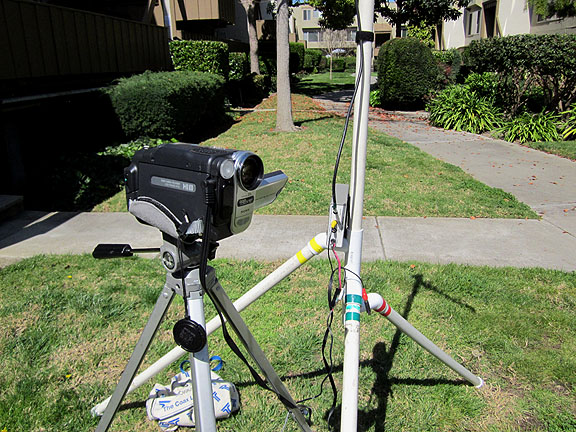 Antenna is a moderate 14 dBi gain but lightweight. For the field don't want overly large antennas, too difficult to transport and have stable assembly. A relatively small size gelcell battery should provide sufficient power for a few hours. This 12VDC ATV transmitter runs at 0.75A (about 10 watts), battery is 7 AH so calculated run time is 9 hours (usually less). However, this combination has been used for some time but never run all the way to exhaustion (so don't have experimental data on duration). 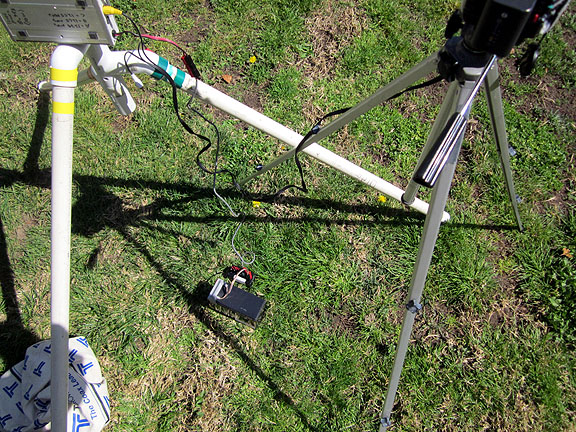